After picking up my daughter from the baby sitter I decided it would be a good time to stop for some lunch and ice cream in Ballard. As we were walking Ballard Ave (which is just so pretty) I thought I would grab my camera out of the trunk and see if I could get any shots of her (it's rare these days!).
We went to a little vacant lot that I've used before for photos and tried to get some of her. Well, she really doesn't like dirty things, especially with spiders or bugs so maybe a brick wall was not a smart idea! 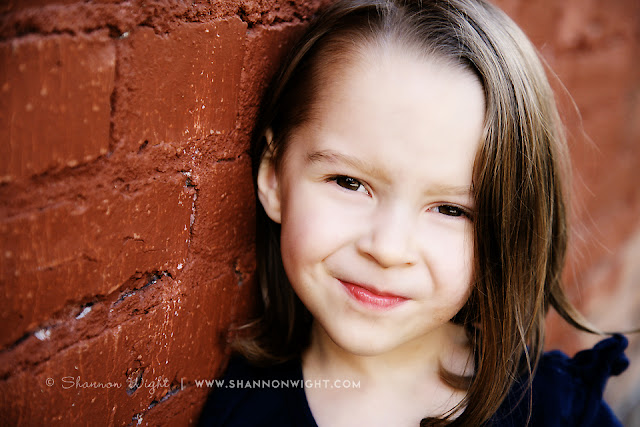 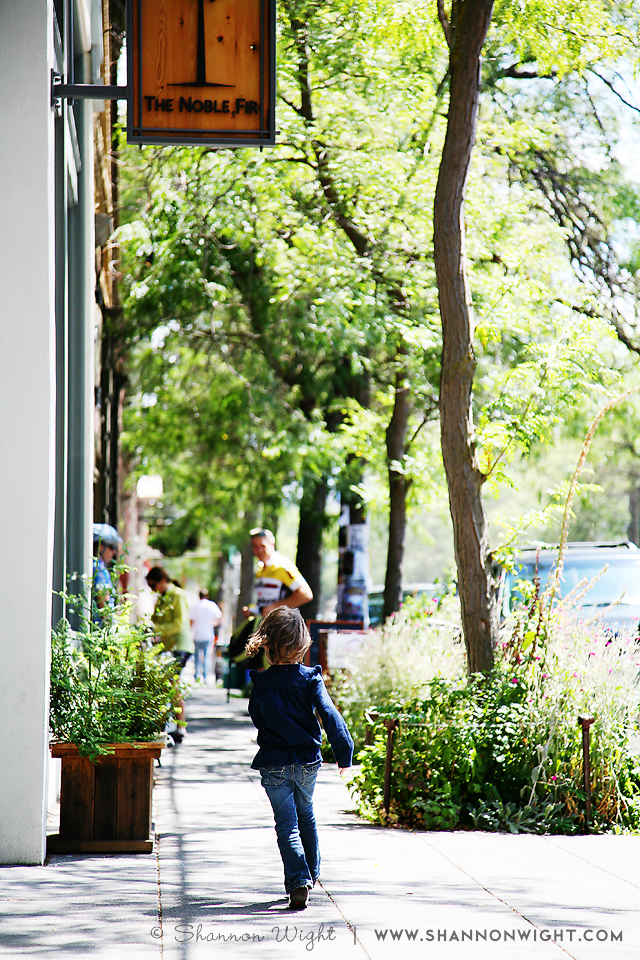 That was enough of bugs and dirt for her - and off she went! 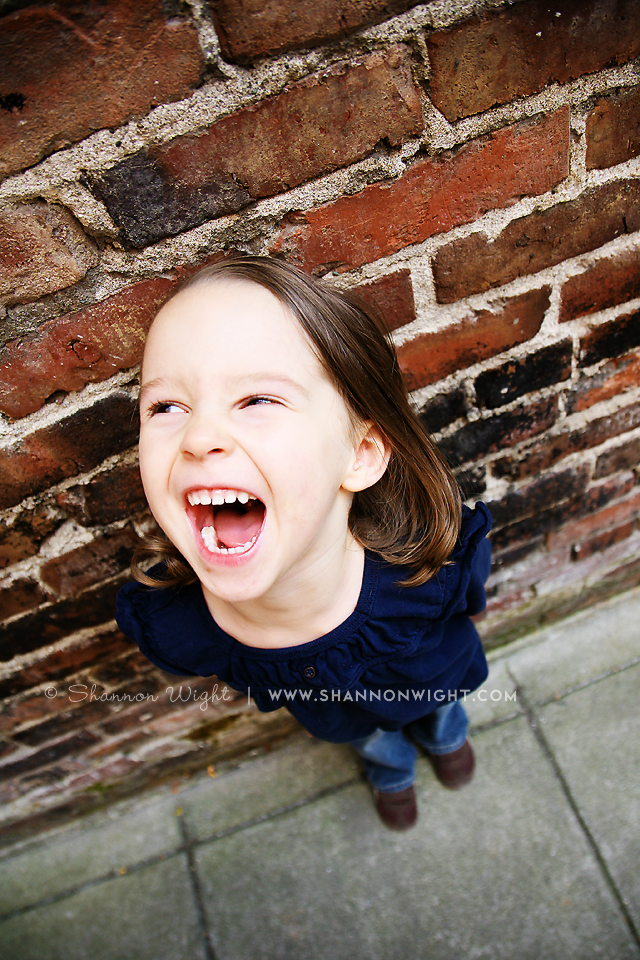 . . . and she hid down a little alley - but there was another brick wall. This time much cleaner!
Email Post
Labels: Mine on Mondays

Halloween, Fall Family and Christmas Minis are all open for booking! Click on Specials.